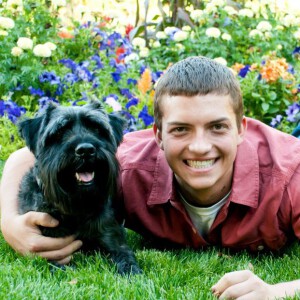 Article by Davis Michael Sturgeon
Used with permission
As I played in my second ITC event ever today and a lot of the community talk surrounding Warhammer is revolving around a high profile cheating experience I felt like it was the perfect time to share my new player experience in this hobby of ours. I have about 15 or so games under my belt, six of which have been in a competitive ITC setting. During this time I have had the pleasure of playing against or discussing with many people in the Utah Warhammer community including some of the top competitive players in our state. I can say without a doubt that I have not had a single bad experience during my time jumping into this hobby and getting into the competitive scene. That doesn’t mean that there will never be a bad experience, run in with a cheater, or just someone with a bad attitude but that is the extreme exception not the norm. If you’re interested in playing casually ask for a game, there’s a ton of players looking for a casual game regardless of skill level. If you’re interested in the competitive side of Warhammer I can vouch from experience that this community is a great place to jump into the ITC world and now is a great time for it as the tournament scene is growing with amazing TO’s pushing the community. Here’s some lessons about Warhammer and our community I’ve learned in my short tenure getting into this hobby. (In no particular order)
1-Warhammer is a broad hobby, there’s the painting side, casual playing side, tournament side, literature and lore side. You can have such a fulfilling experience regardless of your preference which is 100% ok and what makes Warhammer great. You can get out of Warhammer what you want to put in. You can be the person that paints once a month, has a game twice a year, or the person grinding tournaments; as long as you get enjoyment from it you’re doing it right!
2-Ask questions! It’s ok to not know all the rules all the time, especially army specific ones. Warhammer is complex game with a lot of rules, no one expects you to memorize every army. There’s a reason we have codex’s we can reference during the game.
3-Now is a great time for Utah Warhammer. We have some extremely dedicated TO’s, teams, and community members that are actively pushing and growing the Utah scene. Especially on the tournament side, what is happening in Utah is very exciting to watch develop.
4-Warhammer is a high variance game. As with most dice games Warhammer is extremely high variance. There is some variance that can be removed with army selection and strategy but in the end there will always be a high degree of variance. Army’s aren’t always balanced and there is also a lot of matchup variance. First turn advantage can make a huge difference in some matches as well. If you are the type of person that will be upset by bad luck foiling a plan Warhammer may not be the best game for you to be playing, if you are the type of person that will look at a crazy low probability play to win line your opponent takes and be able to be hyped and excited with them when it works out you’ll be able to have fun every game.
5-It’s ok to lose, when starting out it’s probably better. I have had some good wins in those 15 or so games and I’ve had plenty of losses. I’ve learned a few things in my wins but learned so much more from my losses. Try not to get upset with losses just try to find at least one thing you could have done better even if you feel like it was out of your hands at points. Take time after games to discuss with your opponent what you could have done differently or ask them why they made certain moves/choices that they did. There are many people with a lot of experience in our community and I’ve yet to run into anyone that isn’t willing to share that knowledge.
6-It’s ok to mess up. I’ve messed up a lot so far in my games of Warhammer and it’s where I’ve learned the most. Whether that’s leaving a Malanthrope 6 inches away from everyone to maximize his aura but leaving him free to be shot at, choosing secondaries that don’t go well with the mission, charging a unit within 3 inches of Ghaz and not thinking about heroic intervention (Poor Swarmlord never had a chance), or trying to be over efficient with splitting fire with a knight and leaving 3 things partially dead instead of 1 unit dead it has all been a learning experience. I remember those things and make sure I don’t do them again.
I am very glad I found this hobby and can’t wait to keep playing and getting to know more of the wonderful people we have in this community. Warhammer can be overwhelming for a new player (Sure was for me) but if they are just willing to ask for some help and get in some games they’ll see it’s far more welcoming than I personally could have hoped for.
-Davis Michael Sturgeon
Previous Post Next Post