On 08 Jun, 2021
Current Events & Announcements, The Overwatch
By : Shawn Gately
No Comments

Notably I have dropped the Chronamancer and added the dastardly Hexmark with Conflagrator Gauntlet. The Chronomancer just didn’t contribute that much- it’s a defensive piece that doesn’t really go out and solve anything. Putting the 5++ on a unit of Warriors (the most likely target) didn’t help them that much as most weapons trained on them are anti-infantry. The other possible beneficiaries already have invulnerable saves (the Doomstalker, the Triarch Stalker, Overlord and Catacomb Command Barge). Often, I would find myself putting the Chronometron’s invuln save on the Royal Warden, a real waste of time.

On 28 May, 2021
Current Events & Announcements, The Overwatch
By : Shawn Gately
No Comments 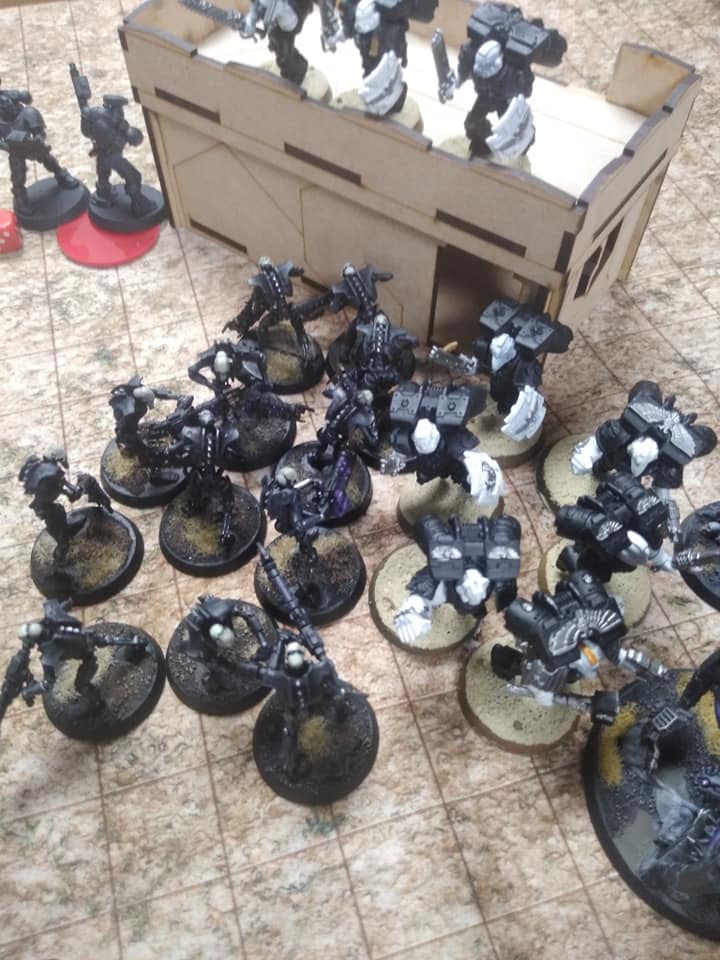 C’tan Shard of the Nightbringer [19 PL, 370pts]: Power of the C’tan: Transdimensional Thunderbolt

On 25 May, 2021
Current Events & Announcements, The Overwatch
By : Shawn Gately
No Comments

When I saw a grand tournament coming up in late May, 2021, I signed up almost immediately.  I got a slot for my nineteen year old son Jonah as well.  I’ve been playing Necrons for a few months and got in twelve total games with the intent to really learn the army.  Jonah painted up his own Dark Angels force and spent a lot of time researching. I think he clocks a total of six thousand points now, all painted nicely and converted.  He did it with consistent work in his spare time and saving his pennies.

About a week before the tournament I got a text from my old wargaming buddy, Rich Kilton, challenging me to a game, which I accepted, so we were up for round one of the main event.  Rich is a highly ranked player so I was preparing for an uphill battle.  I always seek out the most experienced players so I can improve myself and in Utah I’m spoiled for choice with a lot of great competitors, that’s the only way to get better.

The night before we did all the preparations, including getting a cooler with sandwiches and drinks ready.  I slept OK the night before, just a few butterflies, and woke up naturally at 7am with plenty of time to get the car loaded up. My sweet young wife got up early with me, seeing me off with a kiss.  I got a text saying that my fifteen year old son Griffin didn’t want to come after all since he wasn’t playing and didn’t want to be bored fot twelve hourse, but a text to him and his mom got things moving again.  I drove out to Magna and picked up the boys, showered and dressed decently.  We ate our sandwiches for breakfast along with some fruit smoothies.

We arrived at 9:05 am at a park in rural Tooele.  In the center of the part is a bunker-looking concrete building, tall and with grim flanges all around, no windows.  There were already there at least half of the sixty-two total contenders already there.  We logged on to the pairing app and got our table numbers by 10am.  We brought our own table, just to have all our stuff on it; a base of operations.  The tournament provided loads of water and soda, which was really nice.

I saw one of my former artists there, Ben Larmore, and it was pleasant to catch up with him.  He lives in Tooele now and commented that the small town has improved vastly in recent years.  Indeed, there’s a feel there, that small town feel.  The smell and imposition of large trees, and the sound of birds instead of traffic.

My first game was against Rich Kilton.  He was also there with his son Barrett who has recently married a delightful young lass named Jess.  The three of them were a picture of pleasantness, and it was good to catch up with my old friend.  Several years ago, around 2015, I was going through a hard time and Rich checked in on my regularly even as often as once a week, just like I were family.  He even brought me food when I was running out.  But such mercies were nowhere to be found as we embarked on our first game.  He brought his stompy Orks and while I thought I would turn the tide early on, I was ultimate crushed under the weight of just so many green bodies.

I played against the following armies:

I finished 4/5 of my games in the 90 minutes alloted (per player = 3 hour games).  I walked into the tournament with a yellow card from not getting my army list in on time (I was twelve hours over) some days before.  Each yellow takes five miutes off the clock.  I won’t make this mistake again.  First, it’s a pain to inform each oppoenent of the penalty.  And in my last game oh how I needed those five minutes.  My intention is to practice again and again until I can get that first turn down to twenty minutes.  As Necrons with a first turn bonus move, and a lot of metal bodies to get down my deployments are very slow.  I also need to get movement trays magnetized so I can speed up deployment.  The timed rounds are a beast, but I would never want to go back, gone is the hemming and hawing.  All my games, even casual ones will be on the clock.  Maybe my opponent can have two or three hours, but I will be playing every game with a strict 90 minute limit.  Lastly, I bought an old-timey wooden chess clock and I just love the hearty click sound it makes with the depression of brass knobs.

We ordered Domino’s pizza for lunch, but after waiting forty minutes for them to make a six block drive we looked it up.  The pizza showed as “delivered” and when we called them they just shrugged.  We hauled out of there to a local burger joint and had the fortunate discovery of “American Burger” where we ate juicy pastrami burgers and super thick and creamy shakes in the parking lot.

That night, as things were winding down, I went outside to take off my mask and sit on a park bench.  Here I was treated to a sunset that looked like a volcanic eruption of red and pink.  And I heard the sounds of birds singing.  Living downtown Salt Lake I now realized that the sounds of traffic and city noise are constant.  I had forgotten the lovely tranquility of small town life.

After three rounds, I was beat up from standing on concrete for twelve hours.  But it was Saturday night and time to get the boys back to mom’s house and get home myself.  A glitch in google maps added forty minutes to the drive.  Brutal.

I got a yellow card for turning in my army list a day late.  I think this is considered bad because you get to see everyone else’s army list ahead of time.  I won’t make this mistake again.  The five minute per round penalty to time limit is brutal.

Sunday started earlier with dice rolling at 9:10am.  This was my first game where I was tabled.  All my opponents were completely affable and I found them to come from many varied walks of life: a health worker, a chemist etc.

We made a second satisfactory trip to American Burger.  I had a cherry-marshmallow shake.  Then in for a final game.  By this time I felt like an old pro, and had many ideas for the next tournament coming up in June, assuming I can slide onto the list in time.

As the tournament ended and everyone gathered round for trophies and accolades, I was sitting on a chair in the back.  And something occurred to me.  Usually in this situation, I have this intense desire to steal the limelight, to be the center of attention.  But now I had no such sentiment, I was just enjoying being a peripheral part of things.  It’s a huge personality change.  When did this happen?

The tournament hall was filled with good feelings.  It was tangible, and I must at last give a hats off to the head just “Mario” whose booming voice and no-nonsense regulations set just the right tenor for sixty middle-aged nerds playing a game with a lot of rules.

*my score could be mistaken

On 22 Apr, 2021
Current Events & Announcements, The Overwatch, Uncategorized
By : Shawn Gately
No Comments 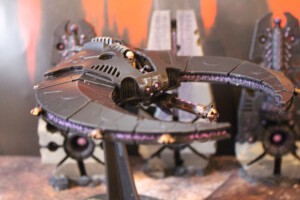