On 16 Oct, 2014
Current Events & Announcements, The Overwatch
By : Shawn Gately
No Comments 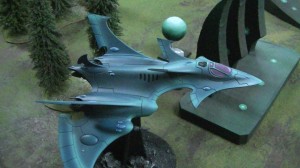 On a pristine Maiden World the Eldar scramble for webway portals as the Dark Eldar descend. Finished up my battle report with Dave today and it’s a real nail-biter. Look for part two on our Youtube channel tomorrow. This battle report is played at 1500 points, a little less than a typical tournament level. We used the BTP studio Water Temple terrain with a twist- in a forested setting to evoke the natural beauty of a Maiden World. The terrain is very open to allow for a brutal firefight to break out! 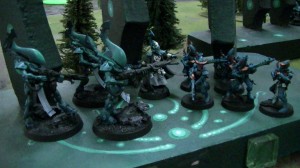 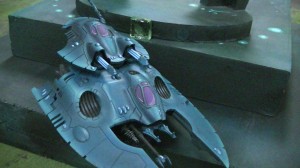 We are bringing back a favorite feature of the Blue Table site.  OverWatch is back and ready for action!

Part one of a very very fun looking demo game is above. Part two of ye batrep is below – if ye dare END_OF_DOCUMENT_TOKEN_TO_BE_REPLACED

Sam is the man- the man with a plan for really really good paint jobs. Consider MY inspiration for the day gotten.