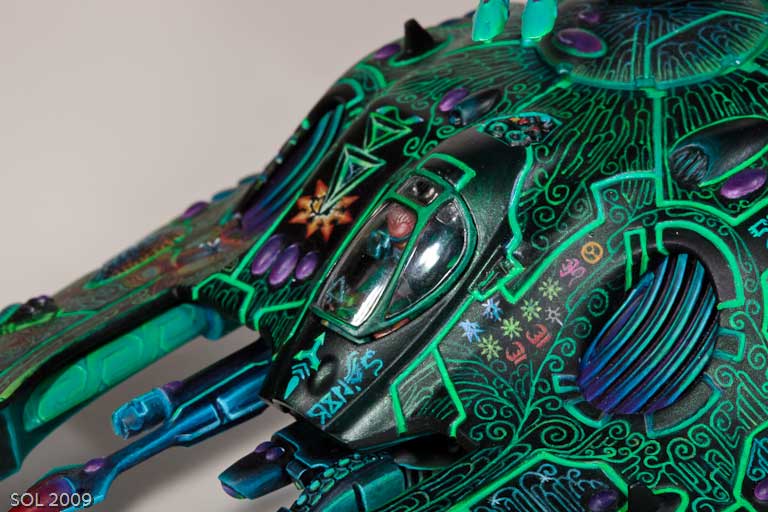 Speaking of Faeit 212, new rumors have surfaced on the Eldar release. Check the quote below for the unconfirmed pre-order list.

All I see is a new codex, new flyer and walker, a few characters, and wraithguard freaking finally. Much of the rest is just re-packaging the same stuff except now in a plastic option. Did I say option? I meant only in plastic. No new guardians, no knew aspect warriors what-so-ever, no new jetbikes(?!?!) and some reference cards. OOO reference cards.  I mean I get it, I am excited for the stuff that is coming out new but I just hope it really isn’t this limited.

Here is a list of what is being released for the Eldar wave going live for pre-orders this Saturday. I do not yet see the prices, but I am sure that we will have them soon. Looks like my list is very much includes codex, Wraithknight and Flyer. Very cool.

Warhammer 40000: Eldar Wraithknight
This box contains a multipart plastic kit that makes one Eldar Wraithknight, this completely new Walker stands a massive 9 inches tall and can be constructed with a variety of armaments to fulfill a range of battlefield roles.

Warhammer 40000: Eldar Wraithguard/Wraithblades
This box contains a multipart plastic kit that makes either 5 Wraithguards previously only available in metal or 5 Wraithblades, a new type of deadly close combat warrior.

Reformatted Warhammer 40000: Eldar Battle Force
Contains 10 Eldar Guardians and a Heavy Weapon Platform, 5 Dire Avengers (including the option of making an Exarch), a Wave Serpent and a Vyper Jetbike

Reformatted Warhammer 40000: Eldar Dire AvengersThe Dire Avengers squad has been repackaged as a five miniature boxed set (including the option of making an Exarch)

Warhammer 40000: Eldar Spiritseer· A clampack that contains one highly detailed Citadel Finecast resin miniature sculpted by Mike Fores. Armed with a Witch Staff and spirit stone wearing a distinctive eyeless helm.Available While Stocks LastThese Items are highly limited, please request the quantity you require and we will supply you as close to this number as we can.

Warhammer 40,000 Psychic Cards: Eldar·This pack contains 14 reference cards that describe the effects of each of the Primaris Powers and the the six psychic powers available to each area of mastery