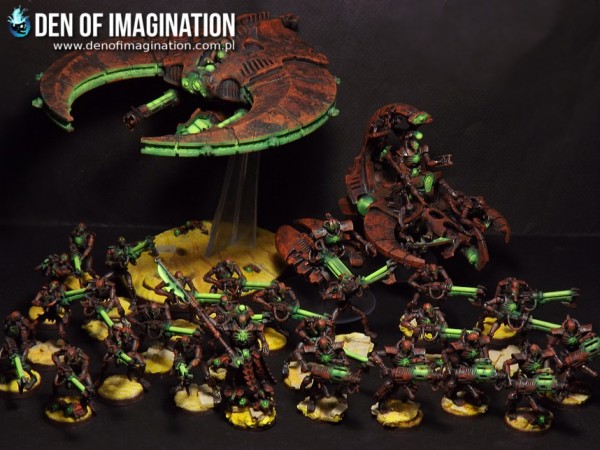 As you can probably tell, these here Necrons were painted by Den of Imagination.

The Rusty Necrons are done. I have to say it mannnnn, I like this army. The sand bases that one of our Facebook followers suggested make an excellent contrast to the dark brown rusted shells of the Necron Force as well as the green glow from their weapons. The army just looks brilliant. My fave is the Scythe and the Immortals, they look just so well in this color scheme. Oh and the accent of those scarabs on bases, top notch, just loving it.

If you like the style, then you should definitely check out his Night Lords project.. 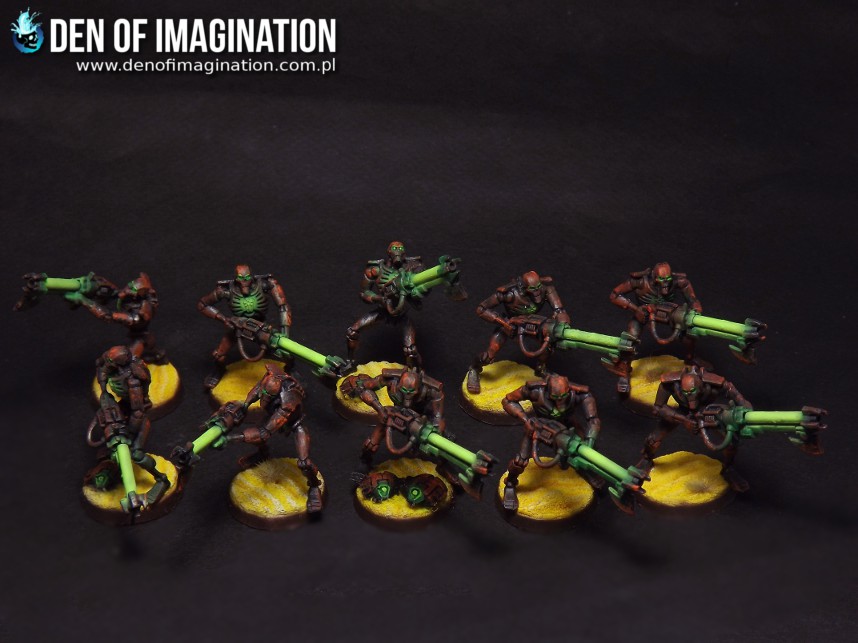 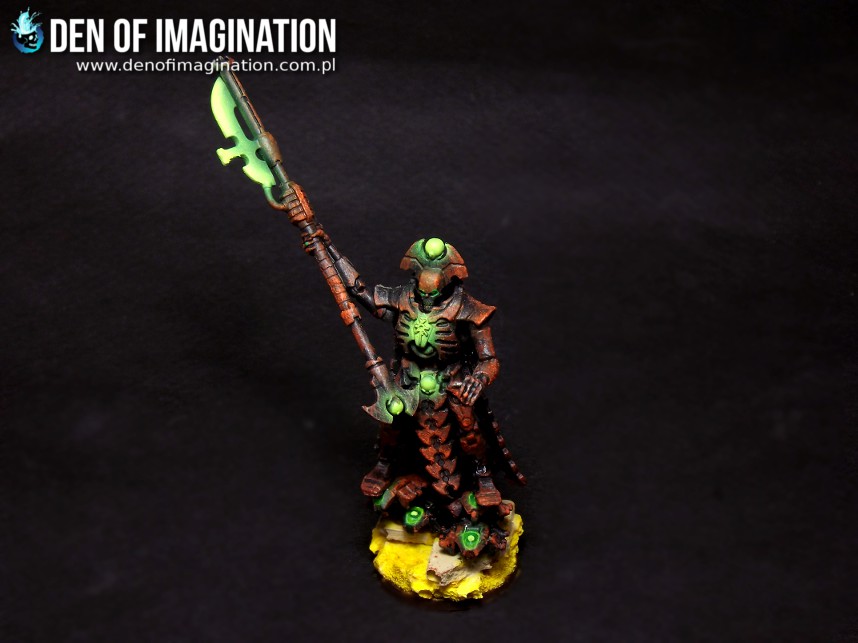 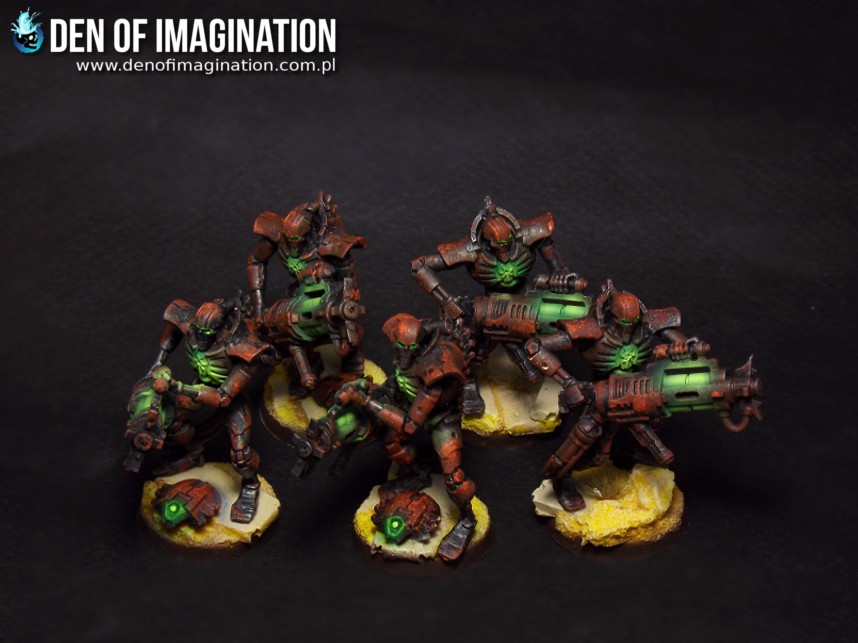 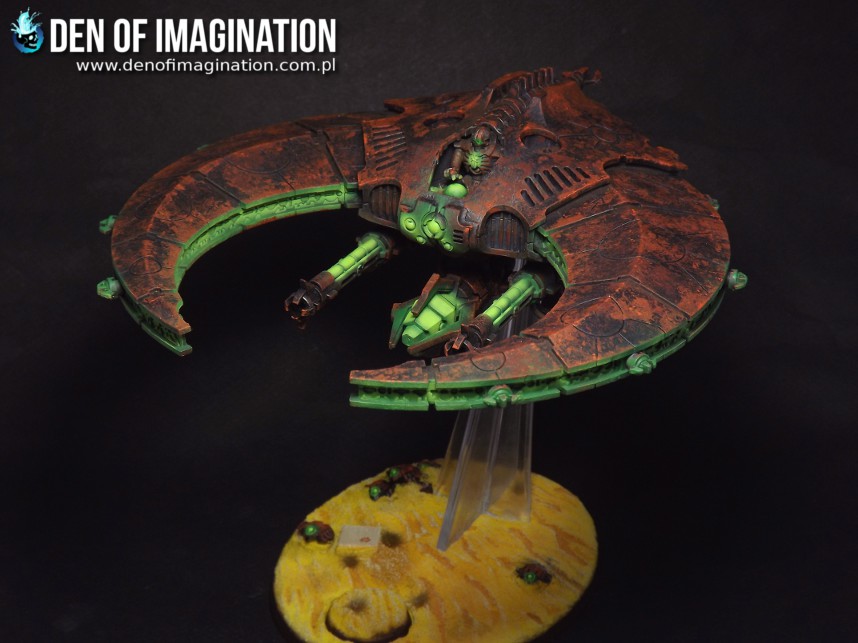 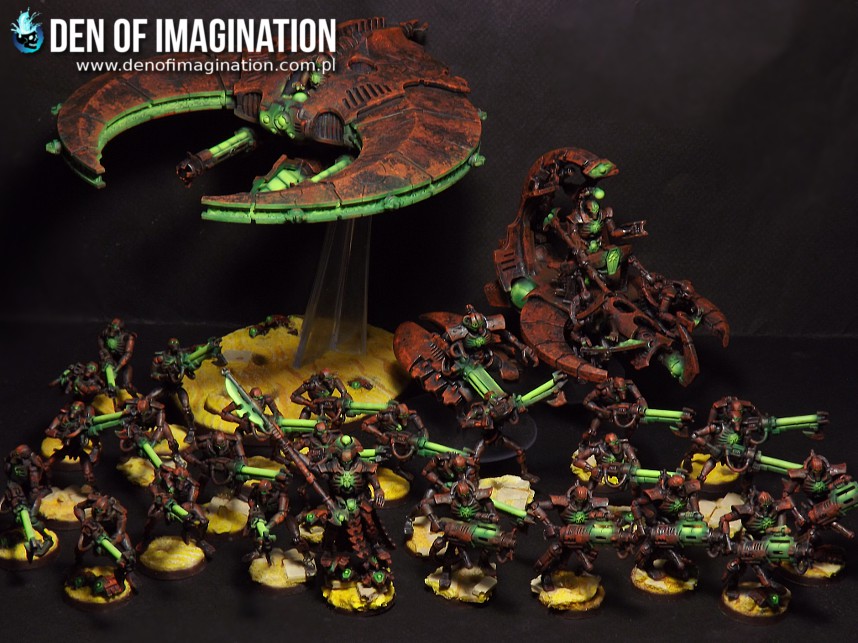 Hacking Guide by Levitas from BOLS 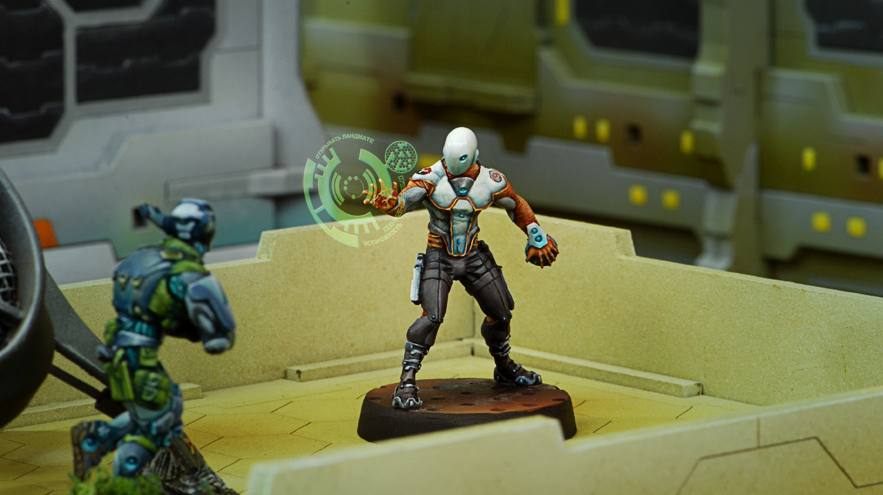 To all Infinity newbies (like myself) Levitas is here to help.

Infinity is a game with so many cool mechanics, toys, rules, and situations that it is easy to be a little overwhelmed. To start it is best to just learn the basics, the fundamentals. From there it becomes quite addicting and you will eventually want to take on bigger things. Things like hacking.

Info war is a big part of the Infinity future combat universe. Often you don’t need to fill a heavy infantry with holes, you can just turn it off instead. Teams can send a remote to do a mans job, or put a soldier inside a giant death dealing suit of doom. AKA the TAG (Tactical Armored Gear).

What this means is there is a lot of tech on the board. Tech that can be manipulated by a quantronic artist. These are specialists in infowar, cyber assault, electronic combat and defence. The Hackers.

I am not going to post his whole piece, because that wouldn’t be fare to him. I just want to tell you that you should go read it. He covers all the basics, all the information you need to get into hacking.
Still feeling lost? Well maybe a few comments from the comment section will clear this up…

User 1 • 7 hours ago
So… they’re Infinity’s version of Psykers?

Levitas • 6 hours ago
In a way, but not quite. Yet it is a decent comparison for explaining it to new players.

User 2 • 6 hours ago
Nope, Psykers and magic both work on the premise of effects beyond th laws of physics, a fireball underwater, conjuring something for little or nothing, altering reality.

Hackers act on the behaviour of software and its interface with hardware. Telling a targetting program that the red markers are blue, or that it needs to play tic-tac-toe a hundred billion times before anything else.

User 1 • 5 hours ago
So they’re both units that either attack with whizzy powers besides guns, or else buff other units?

Looking for a new game to pick up? Fan of MiniWarGaming? Well then folks- introducing Dark Potential.

A hundred years ago, over 99.999% of humanity was exterminated.

Our civilization used to span several planets, in even more star systems, spanning dozens of light years, linked by technologies so complex that no man alone could comprehend the magnitude of our cleverness.

We had advanced bioscience to the point where death was an oddity, and improved upon ourselves until our bodies were approaching infallibility. We had mastered the physics of interstellar communication and planetary commerce, and each decade revealed ever deeper secrets about the mysterious dark matter.

Now, that is the distant past. An old, sad dream. A myth of all that was lost.

Now, we struggle to stay alive on the one, last planet we have left.

Rob Baer is the creator of Spikey Bits so rest assured- he is talking about. You can check out more reviews on his Youtube channel. 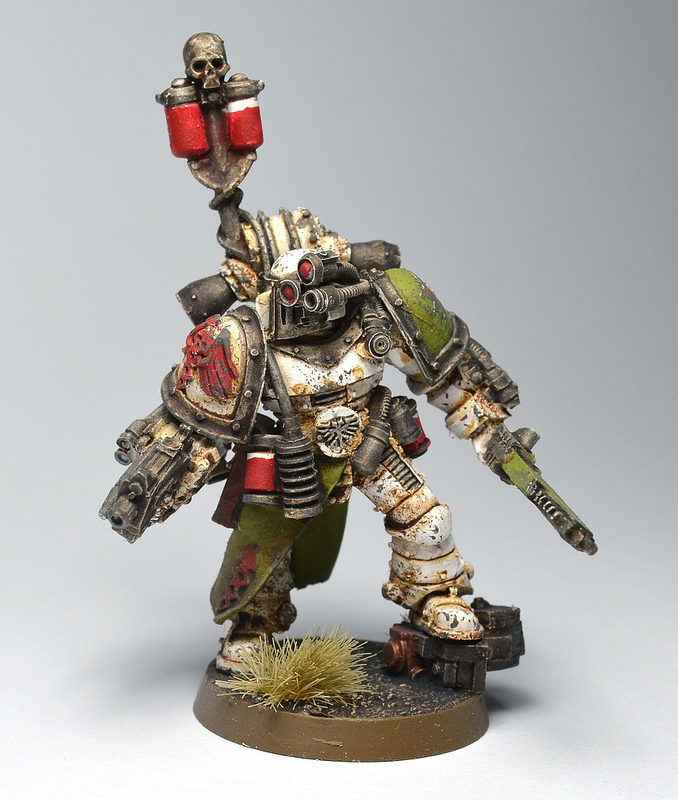 One of my favorite pastimes is cruising the Games Workshop Flickr page. They have a knack for linking some really great painted miniatures and today was no different.

You can check out these ghoulishly awesome Pre-Heresy Death Guard marines thanks to painter and Flickr user N0rthm00r. On his page you will also find some very well painted Imperial Fists (Pre-Heresy). 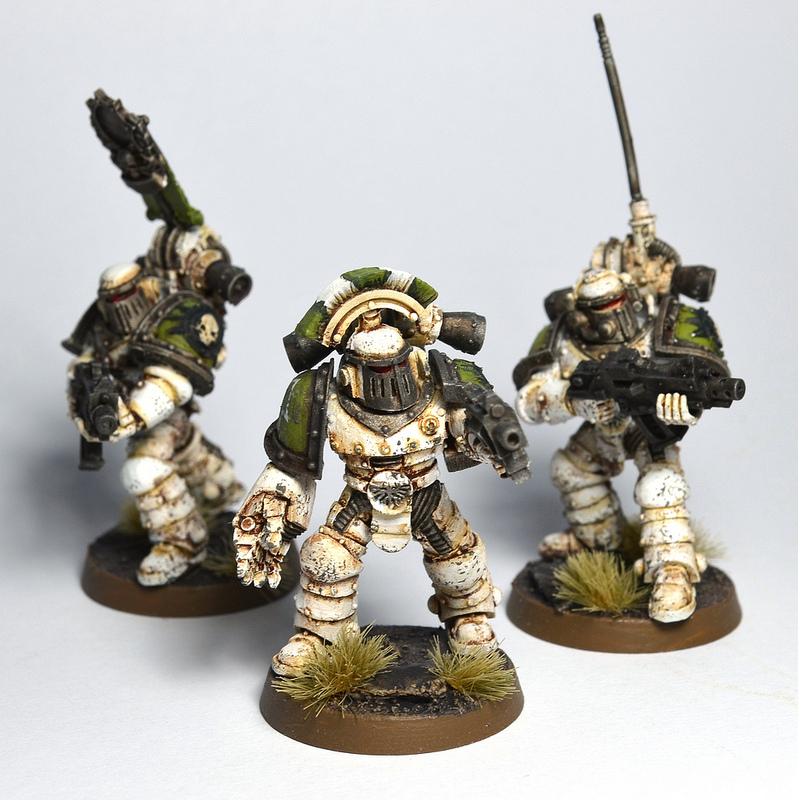 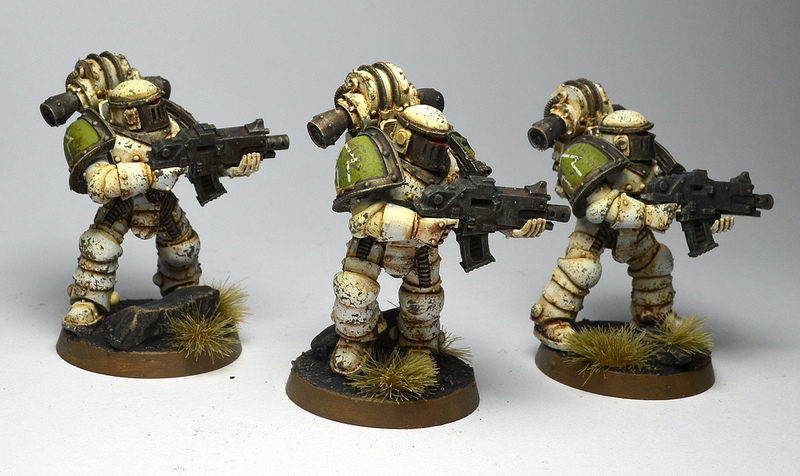 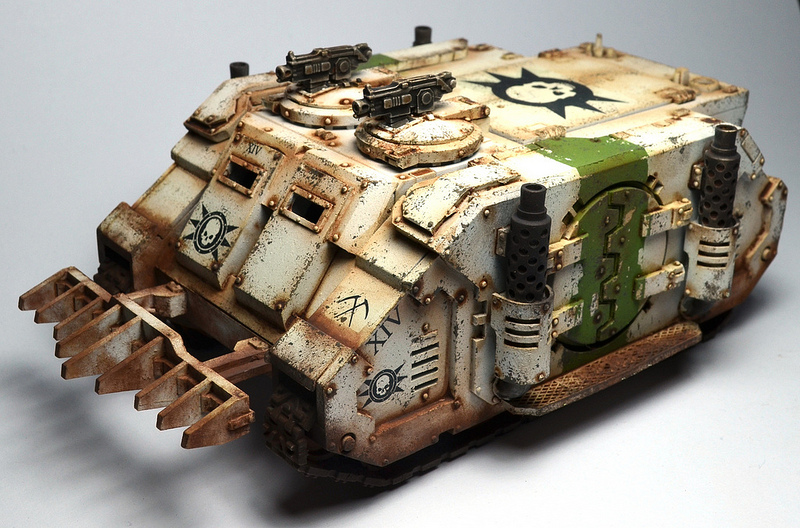 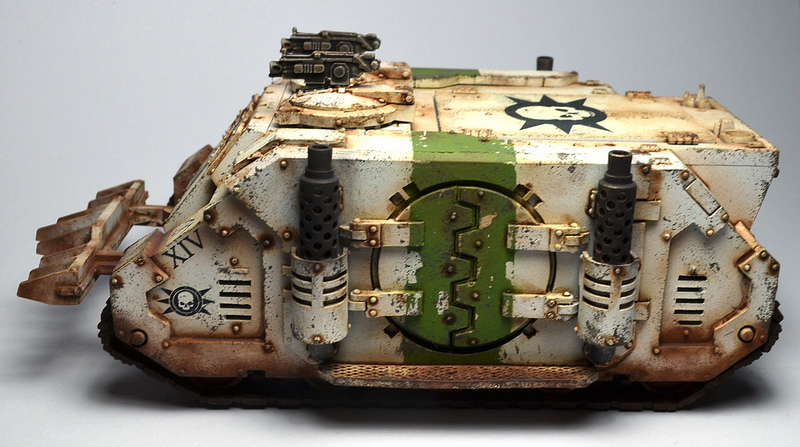